He had a ginger hair and ginger beard. He was wearing a cloth jacket and two cords on his boots, one for tying them and one for hanging them. From the crowd raised the “unexpected” question. Are you scottish? His answer was a smile. Our presence at the base was an exciting event, hat seemed to make up for our battered jokes.

We followed him to the top of a small hill to the right of the pier. There they honourto those who had fallen to the ice and its guardians. Most in the 50-70 years when security measures did not interfere with the desire to discover that paradise. Then the ice would claim the men lives by cracking under their feet, leaving them helpless in an icy sea and ensuring them a certain death. The exception was a plaque in memory of the head of the divers. She died drowned by a leopard seal a couple of years ago. 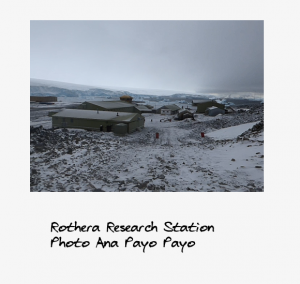 Two particularly enthusiastic assistants showed us the laboratories. They had hand size! That was very cool to see! But I think what I liked the most was seeing all the equipment they used to go to the field. Almost everything they used was old. There were no new materials. Wood, leather, grease … Apparently, they require less maintenance, are easier to repair and give better results.

I spent some time chatting with Jess, the director of the base – and who was a doctoral student of my current boss. She told us how she started doing fieldwork in the Falklands and somehow ended up in love with life in remote lands. Before I left I gave her a small gift, a photo of Tomeu – now you are in the continents!

During the afternoon we made our way through Laubeufs Fjord. Ice sheets on both sides of the ship. It was astonishing. I spent the whole afternoon on the deck below. I could not talk to the sailors. But they let me be there. The day ended with the rhythm of Australian music, although for me the best moment was when Adriana conquered the music for a moment and gave us a minute of salsa. 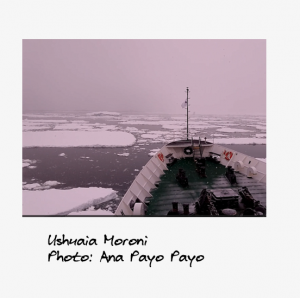